Word Clouds are great visualization techniques for dealing with text analytics. The idea behind them is they display the most common words in a corpus of text. The more often a word is used, the larger and darker it is. 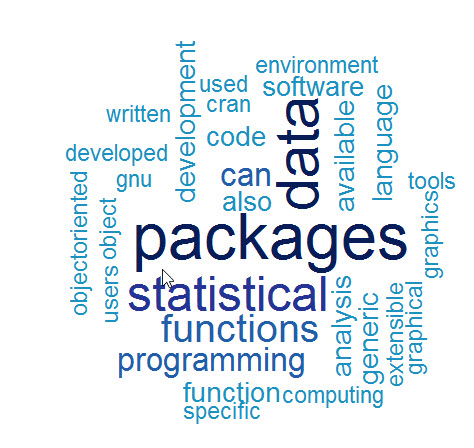 Making a word cloud in R is relatively easy. The tm and wordcloud libraries from R’s CRAN repository is used to create one.

If you do not have either of these loaded on your machine, you will have to use the following commands

Now in order to make a word cloud, you first need a collection of words. In our example I am going to use a text file I created from the Wikipedia page on R.

Now we need to pre-process the data. Let’s start by removing punctuation from the corpus.

Next we need to set all the letters to lower case. This is because R differentiates upper and lower case letters. So “Program” and “program” would treated as 2 different words. To change that, we set everything to lowercase.

Next we will remove stopwords. Stopwords are commonly used words that provide no value to the evaluation of the text. Examples of stopwords are: the, a, an, and, if, or, not, with ….

Finally, let’s strip away the whitespace 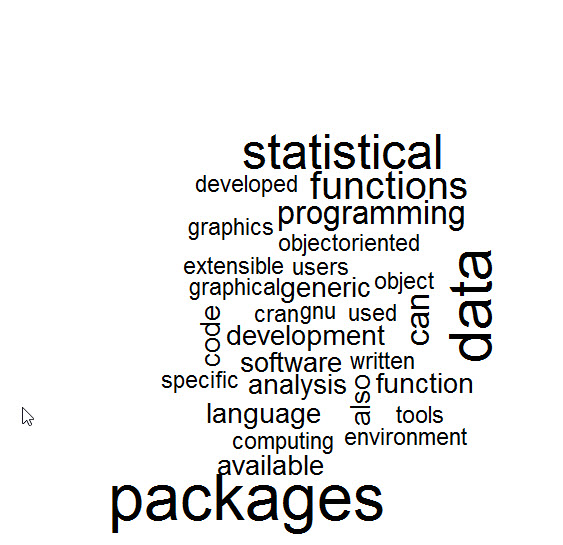 Now we have a word cloud, let’s add some more elements to it.

random.order = False brings the most popular words to the center 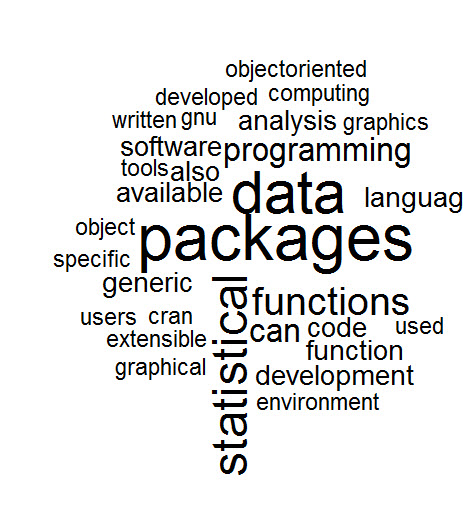 To add a little more rotation to your word cloud use rot.per

Finally, lets add some color. We are going to use brewer.pal.  The syntax is brewer.pal(number of colors, color mix) 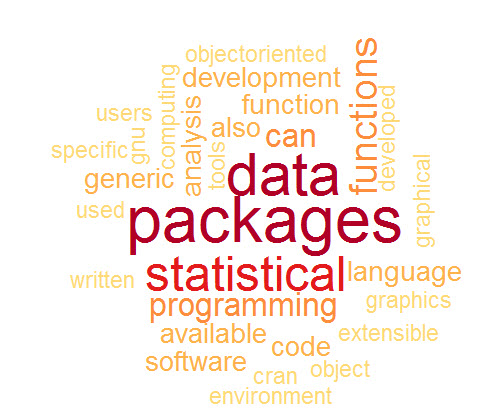 One thought on “R: Creating a Word Cloud”