The next concept we need to cover to properly understand blockchain is the concept of an Immutable Ledger.  To translate this term into something that looks more like English, an Immutable Ledger simply means a record that cannot be changed.

The idea behind all of this is data security and proof that the data has not been altered. Why are we so concerned here? In a blockchain application like BitCoin, we are tracking transactions of money. Imagine if you sent me an electronic funds transfer for $100. How would you feel if I hacked into your bank and changed that $100, to $100,000? (For the record, if you tried that with my account, the computer would just laugh at you. The only time you’ll see a number that big associated with me is when you are looking at my student loans LOL).

Anyway, back to the point, you want to make sure that when you set up a transfer for $100, no one can alter it. With blockchain, that is true even if you want it to be altered (you made a mistake). If you want to fix an error, you will have to add another transaction to the blockchain to correct the issue. This is actually good accounting practice, as once an entry is made into a ledger, it should never be removed or altered.

Think of this like purchasing a car. If you go to your neighbor and buy his used car for $2000. You give him the money, and he signs over a title to you. The title is proof of ownership. To ensure that your neighbor cannot just take the car back, you take the title down to the Department of Motor Vehicles and have the title registered in your name. Now you have a record of your transaction should the ownership of the vehicle ever come into question.

So how does blockchain ensure immutability of the ledger? It all resides in the concept of the hash. If hacker tries to alter anything in the block below, its hash will change. Now the hash will no long match the previous hash in the second block. So, the hacker would have to change the next block, and the block after that, etc.

And even if they were able to pull that off, remember that the blockchain resides on multiple computers. The hacker would need to make all of these changes simultaneously. When you consider the millions of nodes that make up a blockchain environment like BitCoin, you will see that would be impossible. 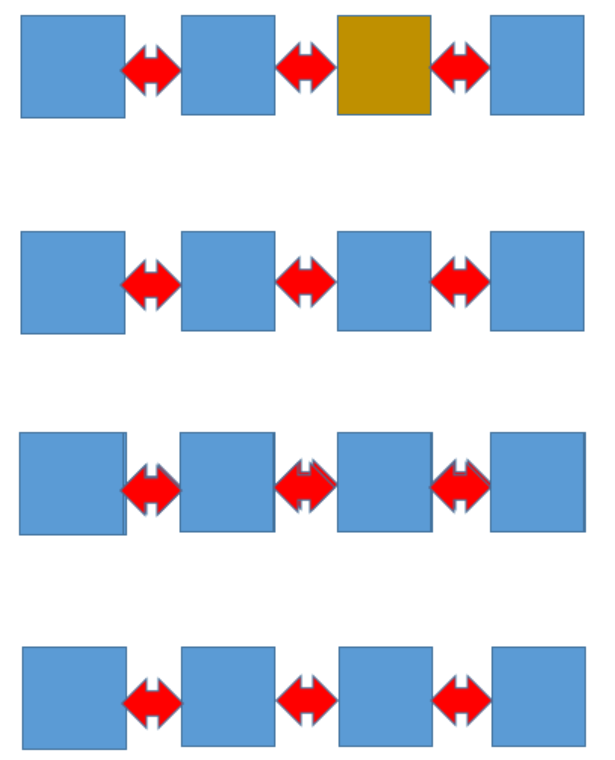 In the next lesson, we will be looking at peer to peer distributed networks